Based on the IT journey of Michael Rickert

Getting a Raspberry Pi to near space, Part 1

I prepped for this project by breaking down a list of project goals and listing their importance to the success of the project. Things like streaming pictures live were moved lower in the goal priority list while gps data and recoverable devices were moved much higher up. Whats the point of getting nice pictures of space if you can’t see them!

After I had some clear goals set for the project, it was time to breadboard up the pi and get the initial code working: 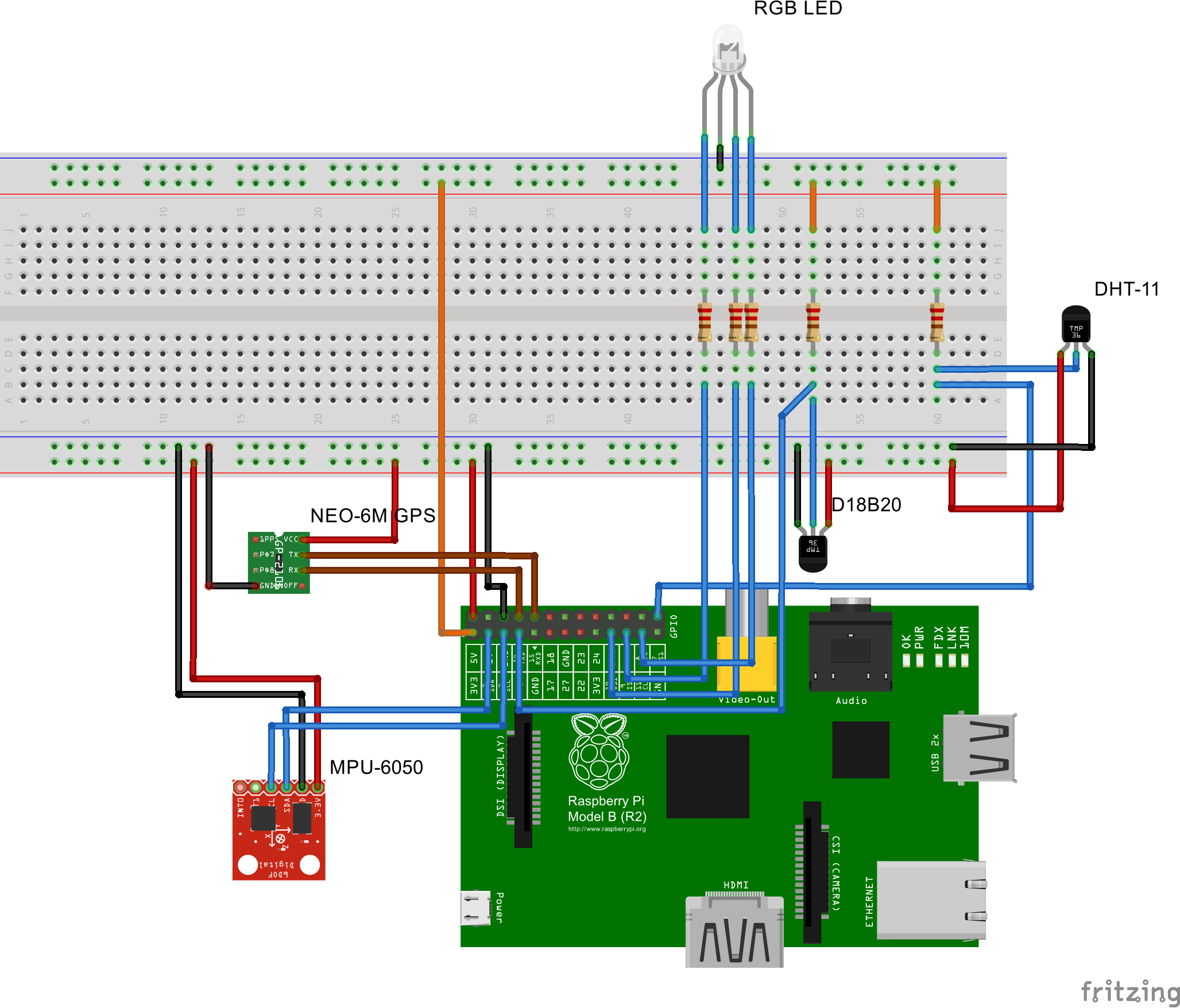 Time to bring the pi up with the proper software packages:

The above steps are a quick and dirty rundown of prepping the raspberry pi with the proper drivers and ruby on rails so that it can interface with all of the pinned connections.

Tools like gpsd and python-gps were used to collect location data from the NEO-6M gps while setup-i2c was used for controlling the humidity and temperature sensors using bit-banging. Ruby/rails was used to collect all of the information in one place as well as display it in an easy to read format. Not everyone wants to view pitch/roll/yaw and gps coordinates as raw numbers like this!:

Rails and three.js were set up (full code source) to read the latest raw telemetry data and display it in a browser in real time as a 3d cube. More on that in a later post…

Part 1 is a quick high-level overview of the goals, parts, and basic pi configuration commands to get this project off the ground. In the next parts I’ll dive deeper into the actual code for the project as well as planning and eventually, launch!